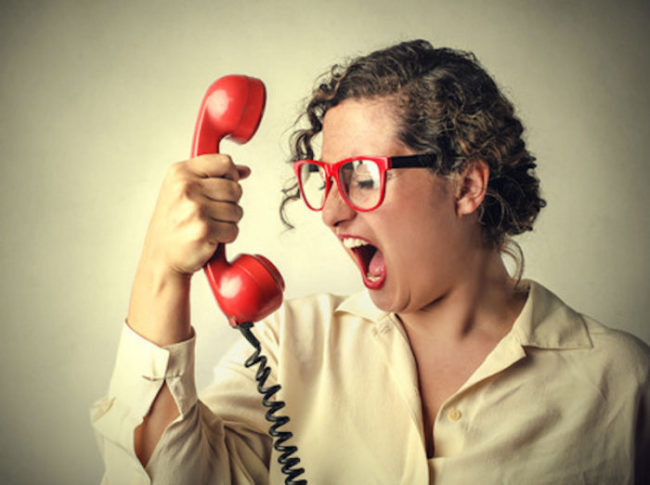 I have never liked calling people on the phone. So, imagine my chagrin when I found myself in an occupation that required an occasional phone conversation. I would put off these calls repeatedly for more important things, like picking lint off the carpet or lining up all the notebooks on my desk.

We all have tasks at work that we hate. Even if you’re currently reveling in your dream job, I bet there’s at least one thing you dread doing. But, once you’ve taken a hard look at it and determined it actually IS something you need to be doing, you can learn to live with, if not love, it:

Then, just do it again. The more you practice that task you hate, the more you’ll do it automatically without wasting time and energy on mental excuses. I have even called people by choice just for phone practice. The more the calls go well, the less I fear making them.

It takes mental energy to muster the self-discipline to do chores, and we all have more of that early in the day. Just like some people work out at 5 am, do the things you least like first when your motivation is fresh. Bonus: you won’t spend all day with it hanging over your head.

Divide the hated “to-do” item into smaller chunks and approach them one at a time, so it feels less overwhelming. For example, instead of calling a long list of people, do a few at a time and take breaks to do more palatable tasks in between.

It worked on Pavlov’s dogs, and it works on humans, too. For example: “After I make all my calls, I’ll fix a second cup of coffee.” This way, your brain is focused on the reward and more motivated to get the task done.

If none of the above works, if possible, hire someone else to do that thing you hate. Odds are, there’s someone out there who loves it as much as you revile it. Then, you can spend your hate energy on more rewarding work. Shelling out a little dough to get that thing off your plate might up your productivity and be well worth it.

You may never learn to love that thing you hate. I still don’t get giddy over calling people for business, but I don’t get hives over it, either. Once you get over that hurdle for the thing you avoid, you can spend more time and energy on the tasks you DO like.